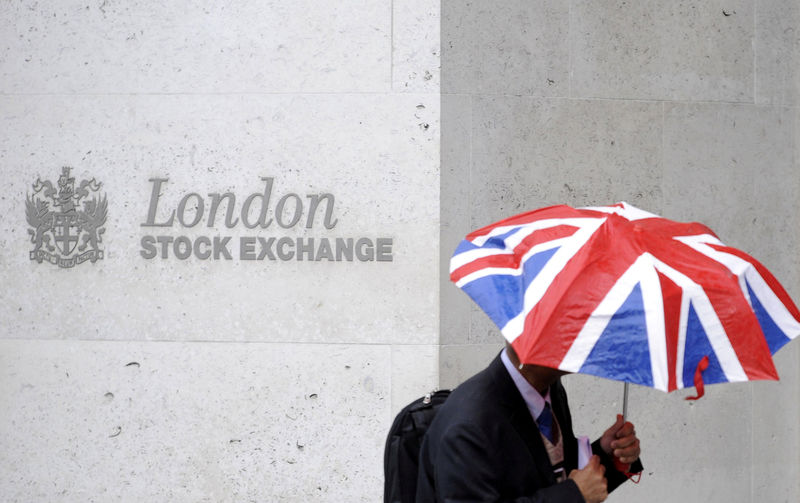 Britain's top stock index fell on Monday as trade tensions between the United States and China kept the pressure on equity markets across Europe.

The FTSE 100 was down 0.1 percent by 0840 GMT, at its lowest since May 30 but substantially outperforming other European stock markets. Germany's DAX was down 0.8 percent while the STOXX 600 fell 0.5 percent.

The British market was helped by strong financial and energy stocks, while a weaker pound also boosted the market's mainly exporting companies. Germany, meanwhile, is home to big autos stocks which are in the firing line of trade tariffs.

Trump announced hefty tariffs on $50 billion of Chinese imports on Friday, laying out a list of more than 800 strategically important imports from China that would be subject to a 25 percent tariff starting on July 6, including cars.

China said it would respond with tariffs "of the same scale and strength" and that any previous trade deals with Trump were "invalid."

Oil stocks were the biggest weight but jumped suddenly into positive territory after a report that OPEC was discussing a more modest output hike of 600,000 barrels a day boosted crude prices.

Crude was falling earlier after China threatened duties on American crude imports, while supply from OPEC and Russia was also expected to rise.

Oil majors BP (LON:BP) and Royal Dutch Shell (LON:RDSa) turned from the biggest drag to the biggest boost to the index, still however rising only 0.3 to 0.5 percent.

Speculation was rife ahead over what forward production policy would be decided by the OPEC producer cartel at a meeting on Friday.

Analysts at the broker said the market's focus was on whether Petrofac had sufficient liquidity to repay the October $677 million bond in cash or whether additional capital will be required.

Mining stocks were also a drag on the FTSE as copper prices slipped to a near two-week low on pressure from a stronger dollar and as a holiday in China drained buying interest from the market.

Virgin Money shares initially rose more than 2 percent, before reversing course to trade down 2.5 percent. CYBG shares were down 0.8 percent.

"We think current management have stabilised performance, with necessary costs sunk and measures taken to aid operational delivery," they wrote.

"With multi-year upcycles beginning in core defence and aerospace markets, and other niche exposures appearing to be at or close to the bottom, we see consensus underpinned."

It was still far from recovering its losses on Friday when the stock sank 27 percent.